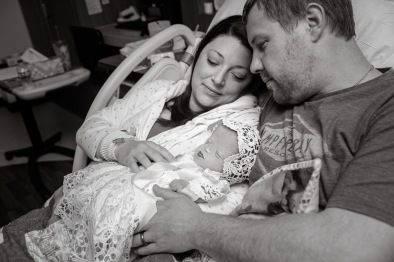 As I approach the 1 year mark of life without Audrina, I’ve been reflecting on the strides made and thinking about strategies to survive the second year of loss. I don’t think anyone truly knows how to navigate through grief. To me, its been more of a pendulum swinging back and forth from hope to despair. The one thing that keeps me on a steady path is seeking gratitude and joy even in the smallest of measurement. Each day, I remind myself that I’m living in her honor and it gives me just enough fuel to set my heart on fire.

About a year ago, I was trudging through the darkest month of my life. I woke up every morning with a heavy heart just counting down the days I had left with her. I was 32 weeks pregnant with a child that wasn’t expected to live more than a few hours upon birth. I could feel her moving around daily which made it so hard to believe she wouldn’t make it.

I tried to prepare myself as best I could for her expected fate, but a casual trip to the doctors office proved to me I was never truly ready. Every , single, time they checked for a heartbeat, mine would start racing. Panic would set in, I would lose my breath and feel the room spinning. It wouldn’t have mattered if I lost her at 12 weeks, 20 or 37. Either way. . . I would have lost her in the end.

I still had the anticipation of meeting her like any other expecting mother would, but it was combined with her doomed fate. I carefully planned out her birth and considered how to document her short life. I picked out two dresses and a couple other items that seemed to indicate hope still lingered in my heart. Unfortunately, she would never get to use those items. Along with an entire wardrobe and fully furnished accessories for her first year of life.

I couldn’t bear the thought of my husband Aaron having to sort through her belongings, so I packed up her entire bedroom the same week we found out about her death bearing condition. It took me almost a year to muster up the courage to open her bin. To me, each outfit held a haunting sense of wonder. A shattered dream of who she would have been at the age she fit the outfit. There are still certain pieces that erupt the most unbearable pain.

In the days leading up to her birth, I felt excited to finally meet her, but terrified at the same time because it would mean I would lose her. Not only was I dealing with pregnancy hormones, I was on an emotional rollercoaster from hell. There were days I felt I didn’t spend enough time with her and other days I just wanted my nightmare to end. All the stress, anxiety and depression was hanging on her impending doom.

The most frightening realization was accepting the inevitable moment where I would meet her sweet face, fall deeply in love and then lose her, all within minutes. I was terrified this would be the pivotal moment of my undoing. There were times I felt I wouldn’t survive meeting Audrina just to let her go. I’ve come to realize now, meeting her didn’t save me from the pain, it just made the pain WORTH it.

I now have a beautiful face to put with the name and to go along with the memories we made for 9 months. Nothing will take away the fact that she is mine and I am hers forever. The only thing a grief stricken mother has is the gratitude of their child’s existence. It is heartbreaking to live a lifetime apart, but until we meet again. . . I’ll carry her in my heart.

I could only be grateful when I realized

That I would rather have known you for a moment

Than never at all.

I would rather endure this inexplicable pain of outliving you

Than to never have seen your face,

or spoken your name.

I would rather be yours, and you mine, regardless.

Regardless of the sorrow, the sleepless nights,

And the years I will walk this earth,

carrying you in my heart.

4 thoughts on “Until I see you Again”

This site uses Akismet to reduce spam. Learn how your comment data is processed.

My name is Trista Rakow. I’m a mother to a 3 year old son named Everett and an angel baby named Audrina. During my 20 week ultrasound, my daughter was diagnosed with Thanophoric Dysplasia, a death bearing condition. She likely passed away during labor from a rare uterine tear that nearly took my life. I’ve been blogging about my experience under my Minnesotan Mom Blog, to heal and help other mammas suffering from grief. I believe life will be what you make of it regardless of the heartaches you might endure. All I ever wanted in life was a daughter, and God gave me one. I live in honor of Audrina by living passionately with gratitude and never taking any of life’s blessings for granted.